Home/Blog, CoE Cancellation, Student Visa/International Student from South East Asia Got The CoE Cancelled Due To Low Academic Results But Secure It
Previous Next

Being able to study overseas might be a dream come true for international students, particularly study in Australia. Moreover when they are accepted to study in household campus in certain areas. Being accepted in the-chosen-best-university is one of the several paths that international students have to pass, and that is not easy. Why? Because a lot of people want to be its students.

After being accepted and started the study, international students have to maintain their studies and satisfy the course requirements including course progress and course attendance. The campus will always give a notification regarding their international student to Australia Immigration Departments.

Some of the international students failed to fulfill the course’s progress due to several reasons, but the most common one is by reason of the culture shock. The incapability of them to handle this and keep on the right track might cause lack of academic results. The lack of academic results engender campus to canceled their Confirmation of Enrollment (CoE) and reported them to Australia Immigration Department.

This case ever happened to one of the international students, Mr Muhammad, from Southeast Asia. Mr Muhammad was studying in one of the finest universities in Western Australia and taking a double major degree (Bachelor of Commerce & Bachelor of Arts) package with a Diploma of Commerce to help him adjust to the new environment of study. However, he was not able to handle the culture shock and enjoy every single time the student has in Western Australia, forgetting the purpose of his coming.

Mr Muhammad was trying to pass one unit during the first time of the study. On his second trimester, he has not enjoyed the units offered and failed. He ever tried to change to another course which he liked and he manages to pass it.

Guys, this is very necessary for us to understand what we will be going to study in college, and it is also important to study what we like and passion for. Why? If we learn something that we really like, it won’t be a burden. We will do the very best for it because we did it by heart.

Mr Muhammad did his very best to handle the culture shock while trying to complete his study. He was studying even during Christmas and New Year and he finally can overcome it. Since he has never been away from home for too long before, hence he decided to go back home for a while to meet his family and recharge his energy for the next semester.

While he was home, he received an email regarding his studies. He was very shocked when he read it and could not believe what was happening and re-read it. He was terminated by its college for unsatisfactory progress.

At this stage, almost all international students nervous about the student visa cancellation for it might affect their immigration record, but above all, they are afraid of not being able to get Australian degrees and recognition. They could not graduate from their dream campus.

The CoE cancellation and Australia student visa cancellation are not a straight case to handle by the student itself, students need an expert who has an understanding about visa, study and also guides them with the pathway they can take, thus they are able to continue their study in Australia.

When this case was happening to him, he contacts education ONE and asked for help. He comes to us with the hope that he can continue his study in Australia, he did not want his student visa canceled by the Department of Home Affairs. Mr. Muhammad ever stated:

I truly believe with all my heart, if I am given the second chance to be able to make up for my mistakes – I will redeem it by learning harder.

I am still hoping to be able to continue and finish my study in Australia.

Firstly, we need to do some assessment to understand the case and current visa conditions through our sister company, ONE derland Consulting, which specialized in visa consultation. Thereafter, we explain the process they need to go through and assist them.

As per the explanation, we were looking for a college for him, he chooses a college that attracts his attention the most in Western Australia. He told education ONE that he wants to study there by taking Bachelor in Business since his passion is on it. We help him through the enrollment process until he got the offer letter.

The offer letter issued after college did an assessment on his application and did an interview with the student. After payment was made, the college will issue his new CoE.

The complications take place when the new college will issue his CoE. They found out that the student has not been released yet by the previous college, hence they were not able to issue this CoE for the student.

Please note, the previous college has to release you from their college for your current college to be able to issue the newest CoE.

To be released by the previous education provider was not easy for Mr Muhammad, furthermore since his appeal was not accepted by the college. Mr Muhammad had to make an interview session with the student admission so the college can understand why they had to release him and cancel his CoE.

Some of international students was not aware of the process of CoE Cancellation or how to apply an appeal if something happens to their study. They are usually contact the college for units, or about credit points, or maybe a leave of absence. An agent is the one who understands about the administration matter which related to their student visa, besides study.

So, it is very important to choose the best agent that can help you with not only your enrollment and study but also visa matters.

After the previous college releases him, we re-confirm with the current college and request them to send the CoE.

Having new CoE was not the end of the story.

After CoE been issued, we need to confirm the Australia Immigration Department that the student now studying in different college but with the same major. We will make sure everything regarding his visa and study are all good and safe, thus the student can focus on his study

The student is now studying in his new college, and enjoy every single time he has for study.

We are really glad and happy to help international students reach their dream to study and graduate from colleges in Australia. We are more than happy to see them relish their time while studying in Australia taking the major they wanted to study the most.

Got a question or problem regarding your study in Australia? Don’t hesitate to contact us here. 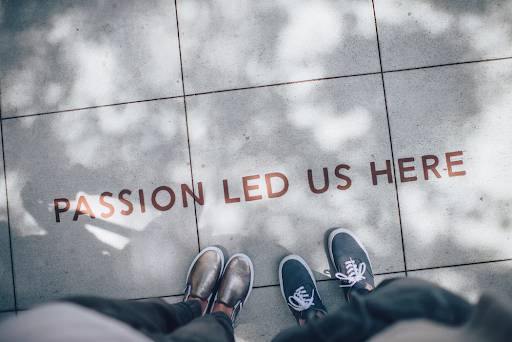