It has been nearly eight months since the Australian government closed their international borders to temporary visa holders, which include international students with student visas, to contain the coronavirus outbreak. Some of them are stranded outside Australia and unable to finish the remaining duration of their studies while some are tired of waiting and deferring the start date of their Australian studies.

We deeply understand how devastating and confusing it would be and we all have been in the dark until recently, when the Acting Minister of Immigration announced Australia’s proressive reopening of its international border by the half of 2021.

Short on time? Here are what this article highlights:

Send us a message or contact us here to kickstart your dream of studying in Australia for 2021 intake year.

As per today, Australia steadily shows a decreasing trend in new COVID-19 cases, and recently, Minister Tudge indicated that Australia is working towards getting their international borders to reopen slowly but surely by establishing travel bubbles arrangement with low-risk countries.

Quarantine-free Travel bubbles arrangement with New Zealand has been started

Currently, Australia has started a significant step towards its progressive reopening international border by bringing in some temporary skilled migrants again on a priority listing, and started the bubble arrangements now with New Zealand that do not require quarantine.

The development comes nearly a month after Australia signalled a gradual lifting of the international border restrictions while maintaining that travel movement will continue to remain low and slow until the latter part of 2021. Even though the Immigration has continued assessing and granting Student Visa applications from outside Australia under the new visa changes issued in July 2020, the travel restrictions still do not allow them to enter Australia and study face-to-face.

To overcome the issue, some of the Australian schools, colleges, and universities offer online or distant learning to international students but it is not possible for some specific and more practical programs, causing students that have chosen to enroll with practical programs in Australia to defer their studies to the next nearest intake.

Such a fact has reduced a great deal of international student numbers in Australia. The data show 811,223 enrollments in 2020, however there were only 273,460 arrivals as per July 2020, far below last year’s arrival with a total of 842,990 international students. By 2021, Mr Tudge informed that, in addition to New Zealand, the government would establish quarantine-free travel arrangements with other countries with low infection rates such as Japan, Singapore and South Korea. He said these bubble arrangements will help pave the way for the return of more people into the country, and that quarantining shall almost limit the speed of how many people can be brought into the country.

Approved pilot programs will commence as nearly as late November 2020 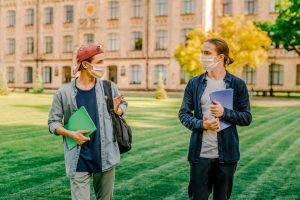 Hundreds of International Students will Return to Australia Through Pilot Program

The bubble arrangements would be executed through small and phased pilot programs commencing from late 2020. The government predicted that Australia’s 120,000 international students who remain stranded outside of Australia will gradually start to return through the states.

This, however, means that Australian international borders will remain closed to all other high-risk counties for the foreseeable future.

As a reassurance for international students who bring $39 billion to the national economy, Minister Tudge said the government is adjusting the final details of the two initial pilots, expressing willingness to revive and reopen the sector “in the near future.”

So far the Northern Territory and South Australia have confirmed pilot plans to facilitate the return of international students, under which 70 students are expected to return to Darwin and up to 300 students will return to universities in Adelaide respectively with several additional safe arrival initiatives are reportedly in development throughout Australia but they have been hampered by strict international arrivals caps throughout the country.

It is obvious there was an announcement that South Australia was keen to start on that pilot by September 2020, but it is not yet implemented and pushed back as they have got to sort out the internal border issues and issues regarding returning Australians, but they continue to work through the issues.

“When you think about the numbers here, in a normal year we have about 195,000 international students coming to the country at the start of the calendar year. It’s a very significant number and obviously, it’s really tricky at the moment given our quarantine arrangements.

Despite the facts, Charles Darwin University would become the first university to welcome back safely up to 70 international students from Singapore on 30 November 2020. Having their pilot program approved by both Australian and Northern Territory Government, the charter flight payable to the students is scheduled on 29 November 2020. The students would then need to undergo a self-funded 14-day quarantine in Howard Springs facility on arrival. During the quarantine, students can expect to have access to 24-hour counselling, receive care packages from the CDU staff, in addition to daily phone calls from staff to ensure international students are supported during their quarantine.

Planning your study with Charles Darwin University? Contact us here for a one-stop solution to ensure you a smooth academic journey in Australia. 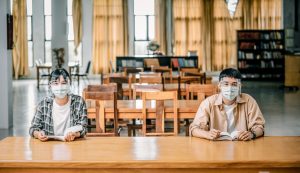 In spite of the fact that these may be difficult times for everyone, education institutions and government offices in Australia are working their best to have international students back safely to the country. Please do remember that you are not the only one and the Australian community is here to support you during this time.

Here at Education ONE, our consultants can advise you on your eligibility to study in Australia, and current available options and resources based on your personal situation. Besides that, our sister company, ONEderland Consulting, is offering complimentary visa consultations for international students in Australia affected by the coronavirus as a way to assist our community. Stay safe, and contact education ONE here immediately.